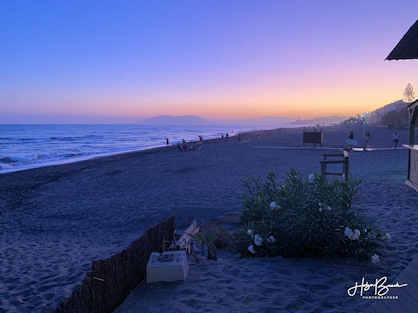 Travel Guide to the wealthiest municipality on the Costa del Sol

Rincon de la Victoria is located in the Axarquia. It is a privileged place of the Costa del Sol and a suburb for the wealthy people of Malaga. The progress of tourism in recent years and the possession of historical treasures means the turn to an important tourist destination and an excellent place to live and holiday. This municipality (27.51 km²) consists of four residential areas. Cala del Moral, Rincon de la Victoria, Torre de Benagalbon and Benagalbon . The boundaries are: to the north Moclinejo and Macharaviaya, to the northwest Totalan, to the west is Malaga and to the east is Velez-Malaga.
Rincon de la Victoria has very good communications by motorway with the main cities in Andalusia and is about 15-20 minutes from Malaga airport and the port. The economy of the municipality depends on tourism, although fishing and agriculture should not be forgotten. The visitor will find in Rincon de la Victoria a modern town made of a mixture between tradition and modernity. Rincon de la Victoria is the gateway to the Axarquia.
Rincon de la Victoria was inhabited in very distant times. According to the data, there was already a settlement here fifty thousand years ago. Around 550 BC, the Punic-Phoenician culture was found in the hill of Benagalbon. Later, during the Roman period, watchtowers and a fortified town were built, whose name was Bezmiliana. The Arabs inhabited the city and gave it the rank of medina. The name Rincon de la Victoria dates back to 1950, in connection with the Order de los Minimos in the Convent of Victoria in Malaga. In that year, the centre of the town changed from Benagalbon to Rincon de la Victoria.
The Fuerte de Benizmiliana fortress is one of the best buildings in XVIII century military architecture. Carlos III decided to build it. It served as protection, because this area was full of English and Dutch pirates. Nowadays the fortress has been renovated and is used for exhibitions. The halls are world-famous because very famous artists exhibit their works here.
Rincon de la Victoria also has the famous "Cueva del Tesoro" or Higueron, where you can see the city's paleolithic history, tools and paintings. The "Cueva del Tesoro" is a cave by the sea with several rooms formed by the water.
In Benagalbon we can discover the way of life of our latest ancestors in the Museo de Arte Popular, where tools, farming implements, etc. are exhibited. In Benagalbon, which is located between Moclinejo and Rincon de la Victoria, a small folklore museum has been set up.

Here are our high-lights from Rincon de la Victoria