La Casa Fuerte de Bezmiliana (Fortress Bezmiliana) was built around 1766 by order of Carlos III according to the plans of the military engineers Jose Crane and Francisco de Gozar. This fortress was included in a coastal defense project against the sea and land robbery from which the zone suffered, as well as other castles such as those of the Marques de Valleniza (Velez-Mälaga) or San Luis de Sabinillas. All fortresses and castles that were built on the coast of southern Spain during the 18th century were based on the traditional organization of the military system that had existed since the 16th century (including the Cantal Tower and the Torre de Benagalbon Tower), whose commander-in-chief was the Capitan General of Granada.

The construction is square, surrounded by a wall with two sentries at NE and SW angles and with a main building. Outside there is a fountain called "alcuilla" (in Arabic al-qubba the dome) which is very typical of this area. The actual entrance to the fortress was the northern gate and was used to guard the Caminos Real (Malaga, Velez, Alhama); and is crowned with a pointed arch, with the coat of arms of Carlos III. Immediately after entering the fortress there was a defense moat, which no longer exists today and has been replaced by gardens. On the north side before entering the building was a hut that served as an artillery store or as a work space when there was a lot to do.

Inside the fortress we find the troop quarters and the officers' room with the same fireplace with two openings. These rooms also served as dormitories. On the west side there is a spiral staircase that leads to a terrace. Through the troop quarters you get to the south hall or horse stable with a vaulted ceiling, 14 cribs and stone floor. The barn is built to the west. An anonymous manuscript from the end of the 18th century, located in the National Library in Madrid, tells us that the Bezmiliana fortress consisted of the following garrison. Officer, non-commissioned officer, 15 infantrymen, 5 artillerymen, 5 horses and 13 cavalryman. The latter patrolled the immediate vicinity of the fortress.
Today the fortress is used as an exhibition hall. 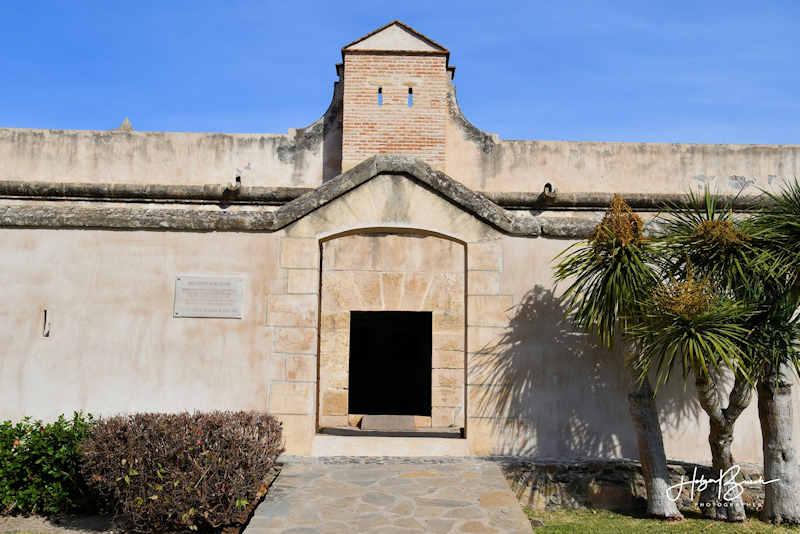 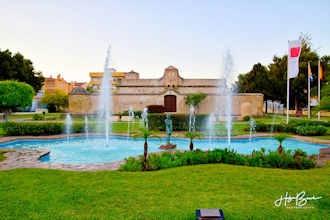